Who we help
How we help
Who we are
Solutions

SAN MATEO, Calif. July 19, 2022 — Freedom Financial Network (FFN), a leading digital personal finance company, announced today it was named to “The State of Arizona Top Workplaces 2022” list by azcentral.com and Energage.
Freedom Financial Network was named to the list for the large employer category. Energage and azcentral.com evaluate the companies named to “The State of Arizona Top Workplaces” list based on their corporate policies and practices and their programs and benefits for employees. Additionally, employees from each company are asked to take an in-depth, confidential survey about their organization to assess company culture, communications and other facets of employee sentiment.
Headquartered in San Mateo, California with more than 2,000 employees in Tempe, Arizona and teammates across the country, Freedom Financial Network has served more than 1 million customers and is rapidly growing. “The State of Arizona Top Workplaces” list is in its second year and FFN has appeared on both editions of the list. The azcentral.com website is collaboratively produced by Phoenix newspapers The Arizona Republic and La Voz, and local television station KPNX-TV Channel 12, and is part of the USA Today Network. Energage is a market research and analytics firm specializing in workplace competitive benchmarking and employee engagement.
“It’s always a privilege to be recognized for the hard work and dedication of all our employees, as well as the impact Freedom Financial Network has on the Phoenix metro area and the entire state,” said Brad Stroh, co-founder and co-CEO of FFN.
Freedom Financial Network helps people make better financial decisions by managing expenses and debt, saving money, and planning. The company provides innovative technology and relationship-driven support for every step of a consumer’s financial path, including personal loans, debt resolution and restructuring, home equity lines of credit and financial tools and education.
FFN recently surpassed $15 billion in consumer debt resolved, while bank partners have originated nearly $8 billion in consumer loans on the Freedom Financial Asset Management platform. The company is continually innovating new solutions to expand the depth and breadth of its financial services offerings and is actively hiring for remote and hybrid roles in sales, engineering, technology and product development in California, Arizona and Texas.
“As both one of the largest and fastest-growing employers in the region, we’re thrilled to receive this recognition and look forward to welcoming even more professionals from around the Valley to our team,” said Linda Luman, executive vice president of human resources at FFN.
Earlier this year, FFN was named to the Phoenix Business Journal’s 2022 Healthiest Employers List in recognition of its efforts to motivate employees to achieve and maintain wellness through a strong emphasis on mental and physical health. FFN has also been named to the Phoenix Business Journal’s annual “Best Places to Work” list 11 times, including winning first place in the extra-large company category in 2021. The company was also recently named to the 2022 list of the Best Places to Work in the Bay Area by the San Francisco Business Times and the Silicon Valley Business Journal. Last year, FFN was also named one of “Arizona’s Most Admired Companies” by AZBigMedia.
Full details on “The State of Arizona Top Workplaces 2022” list can be found here.

About Freedom Financial Network
Freedom Financial Network is a leading digital personal finance company. We do what traditional banks don't: Put people first. Our solutions help everyday people get on, and stay on, the path to a brighter financial future, with innovative technology and personalized support. By leveraging proprietary data and analytics, our solutions are tailored for each step of a consumer's financial journey and include personal loans (FreedomPlus), home equity loans (Lendage), help with debt (Freedom Debt Relief), and even financial tools and education (Bills.com). Freedom Financial Network has more than 2,600 dedicated employees across California, Arizona and Texas and is recognized as a Best Place to Work. 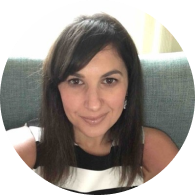